Brazilian rhythms and melodies are increasingly developing and gaining admirers in all parts of the world. International artists are inspired by Brazilian jazz, pop and samba to create their own styles with influences from soul, blues and dance. Manissadu accompanies this movement, and promotes the fusion of Amazonian rhythms with world music in various aspects.

Introducing carimbo (traditional rhythm from Northern Brazil) beats, Brazilian melodies, along with jazz and African influences are the basis of this project conceived by Magrus Borges, Eduardo Costa and Anissa Damali.

Manissadu,( the name comes from the band members: Magrus, Anissa and Eduardo ) is the name of this debut CD project that unites all these influences. Eduardo and Anissa played in a band together in Zurich 10 years ago, and then joined together with producer and drummer of Bebel Gilberto, Magrus Borges to release their first Album “MANISSADU” in Belem, Para in the Amazon.

The mission here is to create a cultural music exchange between the Amazon and Europe (Switzerland) by introducing these new rhythms and styles with live performances and music workshops. Both Magrus and Eduardo are drummers and natives of Belem, and have toured extensively throughout Europe and Asia with various artists. Together with a the beautifully trained voice of Anissa Damali, this fusion of rhythms and melodies brings the spirit of the Amazon and its environment to a new level. 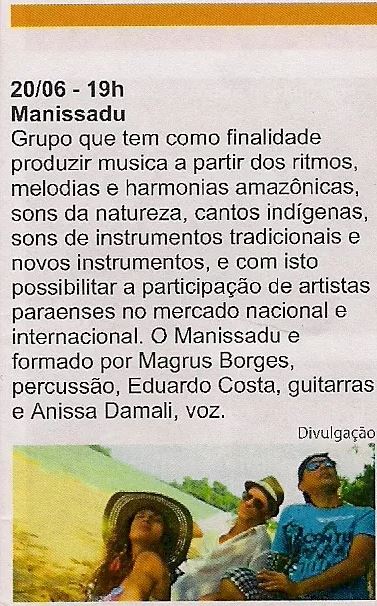 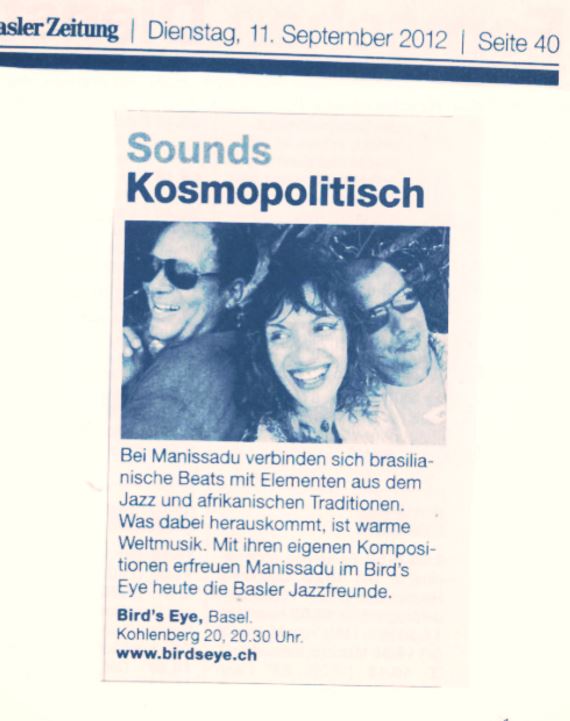